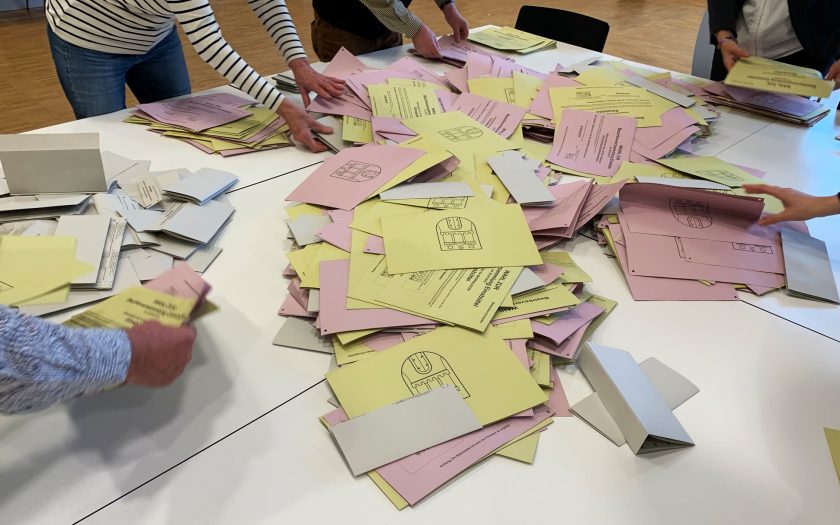 This article explains why many applications of artificial intelligence (AI) in public administration are ultimately shelved. To that end, it uses a real-world example of a discontinued AI application in the regional government administrations in Belgium.

This article is published as part of a joint blog series on AI in Government by N3GZ Young Professionals Network on Digital Government and AI Policy Exchange, an New Delhi-based international cooperative association on AI and public policy.
The series is aimed at featuring emerging policy perspectives from all across the globe on the use of AI applications in the public sector.

More than a year ago, the author participated in a hackathon for applied AI in public administration with a cross-functional team of programmers and business analysts. The team created a proof of concept (POC) for a natural language processing (NLP) application that estimated which parts of a document contained which information types. The concept was brilliant, yet it was never commissioned as public sector-specific cost structures denied a business case for the POC, notwithstanding a convincing use case.

Technology provider view: the use case

The status quo: Whenever Belgian municipalities elect new mayors and city councillors, the election results are recorded in electronic documents. Municipal governments then send these documents to the regional administrations, which aggregate and publish them. This data is stored in the designated format (i.e. Open Standards for Linked Organisations – OSLO) in the regional database. This database can be queried: Did the same person win electoral offices in several municipalities? What other patterns might one observe?

As a technology provider, we saw a clear use case for AI facilitating the publication of election results in Belgium. On the face of it, it promised significant improvement to the workflow with comparatively little effort. Currently, public administrators in the regional government copy and paste the name of elected mayors and councillors from each municipal document manually—a truly cumbersome process. There are 581 municipalities in Belgium and three regions. Consequently, reading all those reports adds up to a few weeks’ workload of one or even several full-time employees. An AI application could speed up this process by excerpting the names per information type, e.g. “Jan Jansen”, and labelling them with the right information type, e.g. “Mayor”. The AI application speeds up the data entry—a clear benefit.

Efficiency lies in the eye of the beholder

Does it make sense to automate the extraction of names from the municipal assembly notes? For the department of the regional administration which aggregates the election results, automating the task saves many person-months. Automating it means less tedious work for the regional government’s employees and freeing up resources for more pressing matters. Thus, from the perspective of the responsible regional government authority, the business case seems convincing.

However, from the perspective of the overall region, the business case is a lot cloudier. Looking beyond the viewpoint of a single authority or department, the AI-powered data entry appears inefficient. Both the existing solution as well as the proposed AI solution are operationally suboptimal.

In this situation, the highest efficiency gains can be achieved by reworking the administrative procedures—so that municipal employees can enter the election results directly into a single digital interface. This would reduce the number of interfaces, transmission errors, and produce the same result with a technologically less demanding process.

Many ways to skin a cat: the costs of public sector innovation

So what alternatives are there for public managers in the regional government? Their options are to:

(A) Do nothing and retain the copy-and-paste process;

(B) Use AI to excerpt the names from the hand-written documents to populate a regional database;

(C) Reform the administrative processes and ask municipal governments to enter election results in an online form to populate a regional database.

Put like that, it seems irrational to forego the AI solution or the procedural reform. But that is what the public managers ultimately did. They chose option A. The following paragraphs will explain why it was rational to do nothing and keep the status quo.

Our assumptions about the potential cost reductions for each option were misguided as we did not realize that the costs of change are generally much higher in the public sector, as experience shows.[1] Factoring in change-related costs, the potential savings of alternatives B and C are much lower than when only looking at the efficiency gains. The costs for each option are:

Weighing the options and their respective costs of change, the regional government rationally decides to choose option A, i.e. to do nothing and keep the status quo.

There’s more to it: risks particular to the public sector

Beyond costs, there are risks unique to the public sector. Invisible to the untrained eye, they weigh heavily on the public managers’ decisions to select among the above three options of implementation. With regard to the proposed AI solution, there are three noteworthy risks:

For options B and C, a central solution would apply to all municipalities. Therefore, errors in the system would result in problems for all municipalities of the region. In contrast, the manual processes of option A are more robust.

The regional government is the sole provider of consolidated municipal electoral results in the region. If the process of aggregating election results breaks down for some reason, there is no alternative source. This risk cannot be mitigated.

(R3) No room for experimentation

If a factory applies AI to its production process, it can experiment. If it must discard 5% of its output due to experiments gone awry, it can still turn a profit on the optimised 95%. This does not hold for public administrations in general, nor our election results in particular. If the proposed AI solution in option B excerpts the wrong names from the municipal files with an error rate of 5%, then the public, news agencies, and municipalities will reject the entire process solution and blame the regional government for it.

Again, considering the risks as well as the costs of change, public managers will rationally choose option A.

Bogus rationalizations for the public sector retaining the status quo

It is tempting to explain this preference for doing nothing and keeping the status quo with common perceptions about workers in the public sector: they are risk-averse, unwilling to take responsibility, and lazy. It’s as simple as that. Many TV series have proven the point (and very entertainingly so): Yes Minister, Parks and Recreation, and Der Reale Irrsinn.

Some rationalize the preference by referring to the budget-maximizing model of behaviour for public agencies holding that public managers simply have an inherent drive for more budget, staff, and power. From this perspective, the reasoning runs like this:

By use of an AI application, some person months could be removed from a task. To private sector managers, this is attractive as it lowers costs while retaining the same output, resulting in higher profits. However, to public sector managers, this is unattractive because they want to have as many subordinates as possible and unfamiliar with new ways of working, making them easier to control.

Instead of pointlessly indulging in such bogus rationalizations for the proclivity of public managers for retaining the status quo, we need to understand the absence of change as a rational decision. The sections above explained that it is not the managers’ motivations, but the risks and cost structures that cause her to keep the status quo. Seasoned public managers are aware of the change-related costs and risks that are particular to the public sector. Often, technology providers and startups are not aware of them. Thus, what is a rational decision for one, seems like the product of bad character to the other.

UCNOBC: use case, no business case

Option A—doing nothing—is a case of the common Use Case No Business Case (UCNOBC) phenomenon, which simply means that there is a use case for an AI application, but it has no business case.  Generally, the lack of a solid business case is among the most common reasons for AI projects to fail.[2]

The UCNOBC phenomenon is frequent in the public sector with regard to AI applications. In Table 1 below: the first, second, and third columns lists general types of use cases, their associated cost categories, and their respective business cases; the fourth column contains the UCNOBC phenomenon.

This perspective helps to explain why some of the projects in the examples above were delayed or terminated. For example, the facial recognition pilot project at Berlin Südkreuz train station, run by the German Federal Police, was technologically inexpensive but did not achieve a viable accuracy rate—erroneously frisking that many persons was not feasible for the authorities, and intolerable to the citizens.

Pilot flagship projects and hackathon initiatives tend to foster disappointment among their participants and the public because they result in many UCNOBC cases. Here, public managers might want to estimate costs of change and no-change beforehand. At hackathons, these estimates and business cases could be made visible to participants, so that their use cases at least have a fighting chance.

Much heartbreak can be avoided by scrutinising the costs of change related to AI applications in public administrations. As Table 1 shows, there are AI applications with convincing business cases. We should keep the UCNOBC phenomenon in mind when the next hot new AI solution crosses our path. It takes deeper knowledge of the public sector to separate the wheat from the chaff.

[1] There is academic literature on the relatively high costs of change in the public sector compared to the private sector. The literature is inconclusive and disputative. For example, The Myth of the Entrepreneurial State by McCloskey & Mingardi (2020) argues for the high costs (pp. 119-120). The Entrepreneurial State by Mazzucato (2018) argues against them (p. 195).

[2] Common causes of AI project failure are further elaborated in a blog post by Thomas Dinsmore.

We thank N3GZ members Adrian Bidlingmaier, Benjamin Thake and Basanta Thapa for their constructive feedback to this article. 🙂 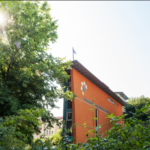